Lorraine Merry was born in Melbourne Victoria and has been involved with horses for the past 40 years.

At the age of 24 Lorraine travelled overseas to Enzesfeld in Austria to further her knowledge with horses with the British Horse Society.

Upon completing her course in Austria, she travelled to England and attained a Horse Masters Certificate with the British Horse Society.  Upon returning to Australia Lorraine taught various Pony Clubs in Victoria. 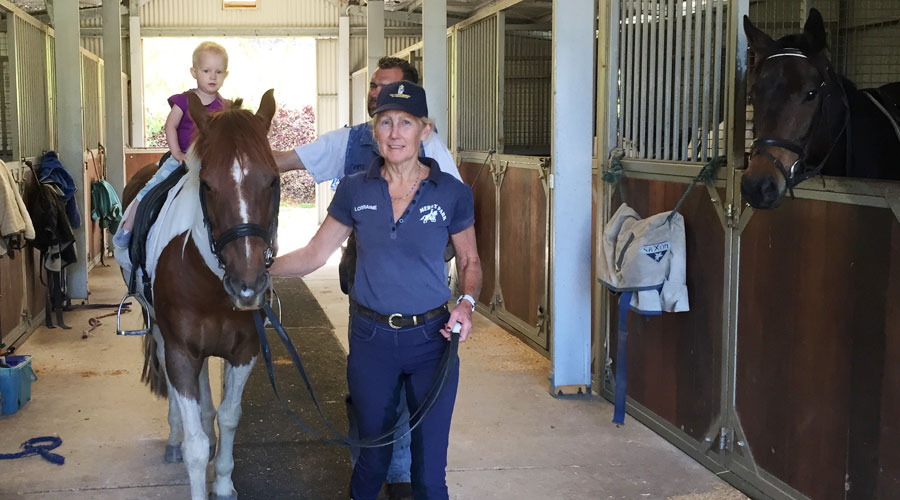 Lorraine Merry leads a young rider for a lesson